The Silvermine Artists Series, presented by Silvermine Series, Inc. presents young artists and established artists at the SSOM. The Young Artist Series was initiated in 1983 and among those first appearing were pianists Frederic Chiu and Angela Cheng who have gone on to major performing careers.

The Series prides itself in presenting original concepts such as "Musical Taste" event, which included the music, language, and food from three countries, "Concerto Fest," and the "Three Generation Performance" featuring Abby Simon, Karen Shaw, and Frederic Chiu.

In addition to solo appearances other events include master classes, lecture recitals and collaborative concerts. Karen Shaw, a frequent contributor to the professional events at SSOM, combined with Frederic Chiu to present a workshop and master class on “Efficiency in Learning At and Away from the Piano.” Other recent events have included “A Chopin Celebration”, “Liszt in Concert”, “The French Connection” presenting a three-piano concerto by Isidor Philipp and Saint-Saens Carnival of the Animals. 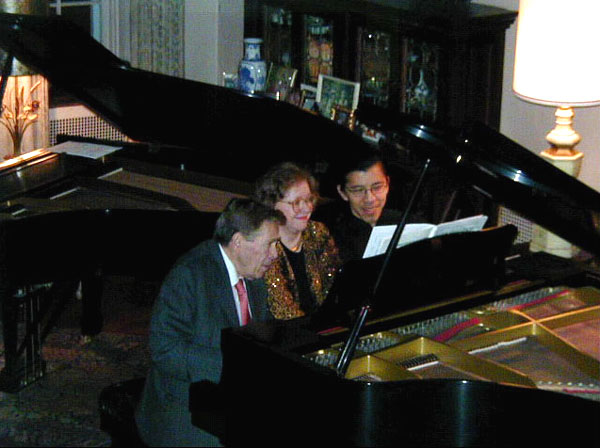